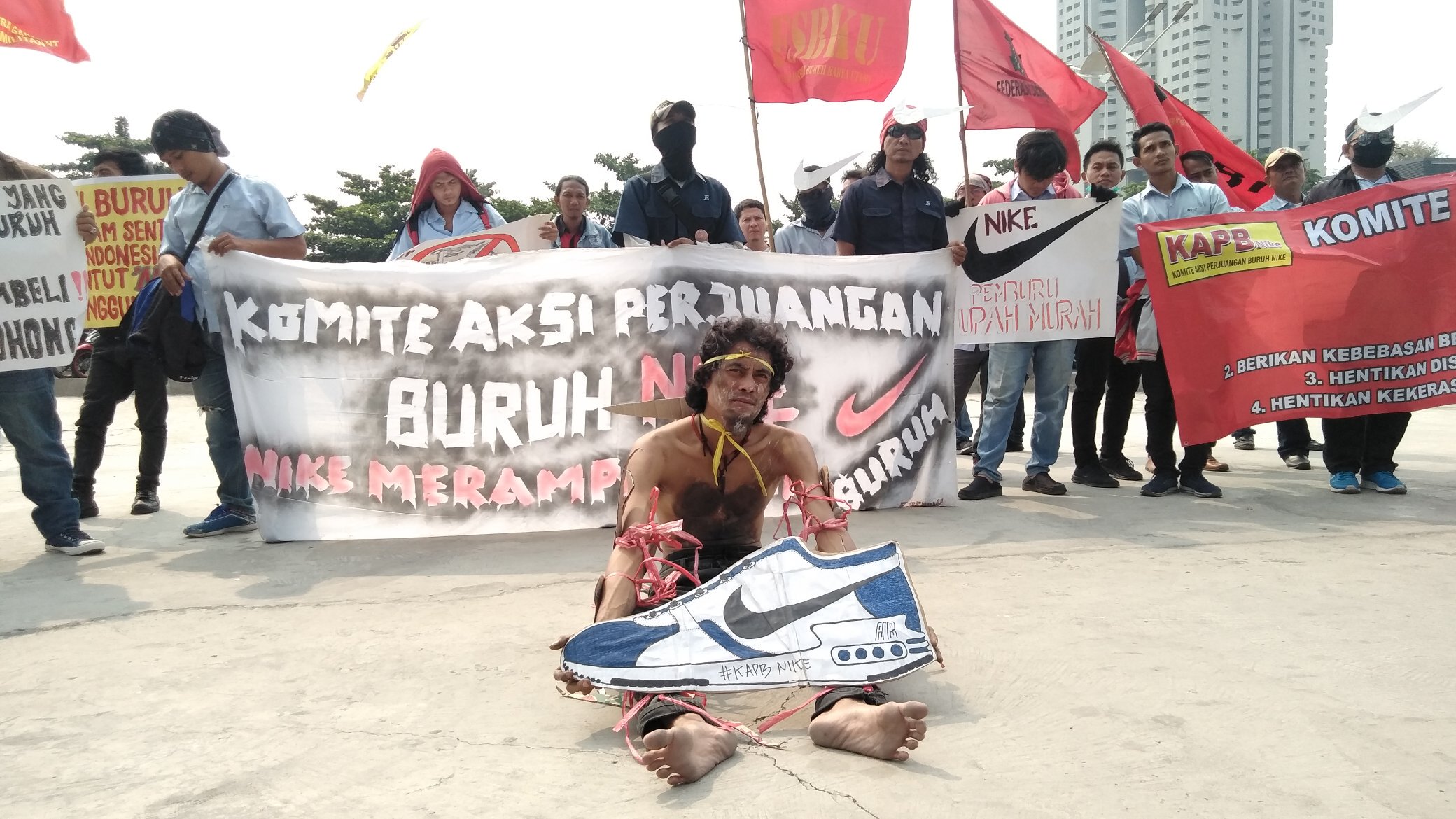 In September 2019, protests took place in Indonesia by former workers of the factory PT. Dream Stenosa – a factory that Nike had supplied products from.

The factory began operating in 2001, and throughout its time, workers complained that conditions were very bad. For example, there were reports of intimidation and physical abuse by managers, and in 2010, a worker gave birth in the factory because she was working until the due date.

In 2016, workers set up a union to address these issues, but in 2018, the factory suddenly shut. Nothing has been done to support the workers who were left stranded.

This is a very common practice, where factory owners suddenly shut factories with no notice, leaving workers with nothing, while brands continue to profit from the low-profit labour they extracted from these workers, acting as if they have 0 responsibility for their workers.

These workers have played a fundamental role in catapulting Nike to world-renowned success, and it is absolutely shameful that the BILLION-dollar business has done little to support the workers.

All they ask is that negotiations take place with the union, and that workers are reinstated at other Nike suppliers nearby.

Things you can do to support: